This is my post and videos on eco home living.

I actually made these videos quite some time ago, but it feels like it’s more relevant than ever with our water and home energy issues being highlighted at the moment.

Thanks to Groundwork UK and Thames Water for helping me with getting these together.

With the hike in prices, it’s likely you can save far more than the stats below, which aren’t the latest.

But whether you’re making these changes for your pocket, for the environment or a mix of both, make them now, not tomorrow!

Eco home living in the bathroom – save water, shower with a friend!

People, we are using too much water! So, here are a few tips as to how you can save water in your home.

First of all, fix any leaking taps because that could be wasting up to 100 litres per day.

Never run the tap whilst you’re brushing your teeth, it’s just not necessary.

Take a quick shower instead of a bath – preferably with a friend (wink wink!).

In fact reducing your daily shower by just one minute could save from £7 a year on your energy bills and a further £12 per year on your water and sewerage bills – this is according to the Energy Saving Trust.

So, if you’re a family of four that means you could save around £80 per year, just for spending one minute a day less in the shower. That’s got to be a no-brainer, surely?

Tap into these clever gadgets

I have a few simple gadgets that are going to save you water and money.

Now the first one is a tap insert. They don’t work on all taps, but where they do work they basically use air to force it through instead of more water.

In the same vein, eco shower heads are brilliant if you have really poor water pressure because it makes it feel a lot stronger without using extra water.

Actually, according to the Energy Saving Trust you could save up to £75 a year on gas bills by using those, but a further £120 per year on your water bills. 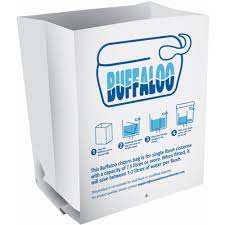 Now I’m sure you’ve all heard the old trick about putting a brick in the cistern to reduce the flushing of water.

Well, these days you can get a flush bag, so you basically scoop the water into it and it sits in the cistern and stops using that water inside the bag.

So that could reduce it by 1.2 litres per flush.

If you have a dual flush toilet, make sure it’s in full working order, otherwise you could be leaking many litres of water a day as these often have issues.

Don’t be draught… sort your door

I just wanted to tell you the story of my front door. It’s a big and very old front door and not good for eco home living.

It’s obviously very draughty and my hallway was so cold so I’ve implemented a number of things.

First of all the worst offender can often be the letterbox hole, so I put a brushed cover on the front, and that is amazing – I can barely feel anything coming through there now.

Obviously, a draught excluder is always good, but this one is great because it Velcros to the door so as you open it you don’t have to push it out of the way.

I’ve also put a brush on the bottom of the door for double measures.

You obviously want to put draught excluding tape on the inside as well, but actually I think the biggest thing has been putting a curtain in front of it – obviously!

It has made a huge difference to this hallway and obviously the amount of heat I’m losing in this house.

When it comes to heating your home the stats on the efficiency of newer boilers compare to older boilers is pretty compelling.

But you do you need to weigh up both the cost and the carbon footprint of replacing a boiler that’s still doing its job.

However, just turning your thermostat down by 1° could save you as much as £80 per year – most likely more.

Also, it’s worth investing in some smart heating controls as well – there’s everything smart about that.

Did you know that installing a room thermostat programmer and thermostatic radiator valve – otherwise known as a TRV – could save you £75 a year?

There are so many ways you can save energy, and therefore money in the kitchen area.

First of all, look at your washing machine.

Fill it right up every time, and preferably have it on a lower temperature on a quick wash.

Do the same with your dishwasher as well, and try cutting down the amount of cycles on both these machines you do per week.

Only fill up the kettle for the amount you need.

Fill the cup you’re going to be using and pour it into the kettle and then you’ll be saving energy on heating that smaller amount.

Also rather than having the tap running whilst you do the washing up, fill a bowl instead. That actually saves a lot of water.

So which of these eco home living tips are new to you?

Please do let me know of any further advice and I’ll add them to help more of us do our bit and save money.

If you’re struggling, please do get in contact with Groundwork UK. They are an amazing charity with multiple strings to their bow as you will see from these 2 videos I made about them:

Craft Together, Laugh Together